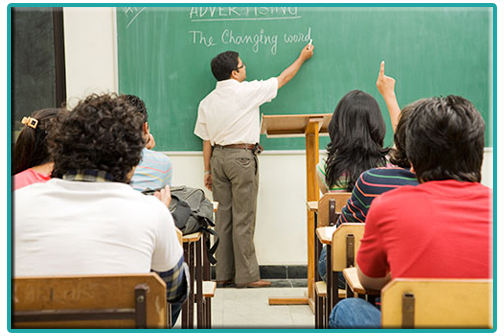 Nagpur News: Large number of colleges particularly the known names in Nagpur have been overcharging students in the name of capitation fees and welfare funds. Those who are able to bear the whopping cost are being let inside these colleges while most of them are deprived of their educational right. Moreover, the tuition classes have gone too big a business pushing aside the poor lot of society and attracting the plush and creamy to pocket heavy sum of fees. The shocking revelation was made by Rajendra Gangotri, President of Nagpur Zilla Parishad Employees Union.

As Nagpur Today delved deeper into the nuances of the higher education scenario in the city, more worms tumble out of the can. Sources revealed that most of the colleges and tuition classes operate on the principle of mafia that pays only heed to accumulating moolah while blatantly ignoring the sole purpose. The colleges were reportedly selling management quota seats at the prices many times higher than the fixed ones as per the norms. Similarly, coaching institutes too keep bothering students for rest of the year with their fees running in lakhs.

No check on fees

There may have been lots of hues and cries made over rising capitation fees but no check on concrete level is brought to the fore. The Higher Education Department always turned a blind eye towards such colleges operating on its whims and fancies. The recent banning of 250 colleges has not helped in arresting such practice as most of the colleges involved in charging higher amount of capitation fees are among the top league educational institutes of Nagpur. While many of these are run by influential and political class, the officials too dare not to indulge too much in their ill functioning, alleged Gangotri.

He said that the job of colleges is complete once the students are in. The students, too, bunk colleges most of the year. However, according to rules, the attendance in 75 per cent proportion is mandatory for students. But colleges selectively neglect the aspect of attendance. Most of the colleges do not even run classes regularly despite charging heavily, leaving the rest upon the coaching institutes which desperately awaits their turn to squeeze out money. Gangotri termed these practices as a result of nexus between the colleges and coaching institutes. He said, “There is no visible sign of high-standard education by the classes but parents are being certainly charged on the higher side.”

Gangotri alleged that so pitiable is the situation that students cannot even grasp the subjects properly both in tuition classes as colleges as well due to the money mindedness of the operators. The poor students are the most suffering lot. He demanded that the Education Department must see that regular classes are held by the colleges and proper check should be done on the fee structure especially for the management quota seats of these colleges and coaching institutes