Nagpur News: A youth, who raised an objection to thunderous and ear-piercing deck music, was attacked and stabbed by a knife by three youths. The seriously injured youth is battling for life. Police have arrested one of the accused on the charges of attempt to murder and also for doling out death threats to others.

According to police, the complainant Shubham Nandlal Yadav (19), resident of Bajeria, in front of Shivhare Medical Stores, Nagpur, his elder brother Roshan (22) and a cousin brother Yogesh were standing in front their house and discussing the screaming sound of deck music being played in a nearby house. They objected to the loud music. Reacting to their objection, accused Sonu Verma (24), resident of Khalashi Line, Nagpur, started quarrelling with Shubham Yadav in a threatening tone by saying “Kisme dam hai deck band karne ka”? (Who has the daring to stop the deck music). Sonu Verma then told another accused Mahesh Umashankar Saoji (Chakradhare) (24), resident of Marathi Telipura, near Nagoba Mandir, Bajeria to bring a weapon. Mahesh immediately brought a knife. Once armed with the knife, the accused Sonu Verma, Mahesh Saoji and their accomplice Monu alias Jitesh Sanjay Khaparde (22), resident of Bajeria Square, caught hold of Roshan and the accused Mahesh Saoji repeatedly stabbed him on the back with intentions to kill him. After injuring Roshan critically, all the three accused then threatened to kill Shubham Yadav and Yogesh if they interfered and objected to the deck music. Roshan was rushed to Mayo Hospital where he is reportedly battling for life.

Shubham Yadav lodged a complaint with Ganeshpeth Police Station against the accused trio. The Ganeshpeth PSI Totewar booked the accused Sonu Verma, Mahesh Saoji and Monu Khaparde under Sections 307, 506 (B), 34 of the IPC and succeeded in arresting the third accused Monu Khaparde. Police are probing the matter further and have launched a search for other two accused. 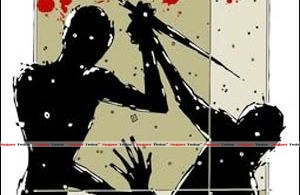