Nagpur News: Tehsil police arrested the main accused who attacked the brother duo in Gandhibagh Wholesale Market on Tuesday evening while search for the other accused is still on. The accused who has been identified as Lakhan Larokar, will be presented before the court on Wednesday. Police had registered an offence under Section 324 of the IPC against Larokar and others. 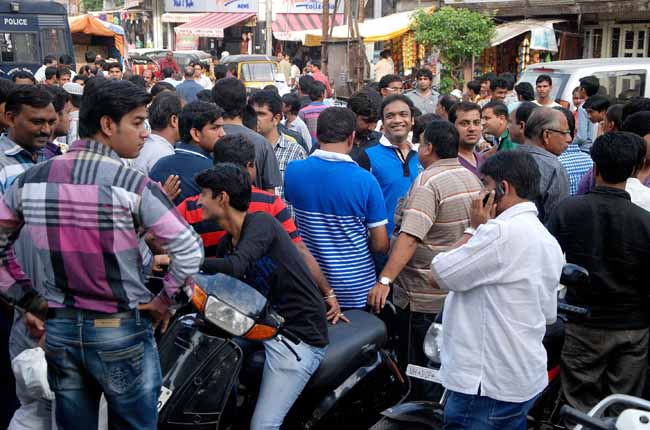 It is to be noted that Larokar had an heated-up argument with Ludduram Udasi, who run an cloth shop Shri Shirdi Sai & Sons in Gandhibagh Wholesale Market. Larokar parked his vehicle in front of Udasi’s shop and started talking on his mobile phone for which Udasi protested. After premial arguments, Larokar left but soon returned with his friends and attacked Udasi.

Seeing his brother beaten by goons, Ludduram’s younger brother Sunil Udasi intervened to help his brother. But, Larokar and his friends beat him also.

Larokar and others fled from there while Ludduram was sent to hospital for treatment. Sunil Udasi rushed to Tehsil police station to lodge the complaint. The case intensified when other shop owners gathered outside the police station and demanded immediate action.

Acting on the intensifying case, police arrested the main accused and are searching for the accused involved in the attack.