Gittikhadan police has booked an unidentified young girl for allegedly driving recklessly causing death of a 25-year-old boy in front of U G Boys Hostel on Saturday morning. Police said that the girl had fled the spot while her scooter vehicle (MH49 P 3407) has been seized at the police station.

The deceased identified as Ambar Mohod, who was staying at U G Boys Hostel, hailed from Amravati. Police told that Ambar was staying in city for studies.

The incident took place when Mohod had just walked out of the hostel and was walking nearby when the girl driving at high speed knocked him, causing him serious head injuries. Mohod was rushed to nearby private hospital but was declared brought dead by the doctors. Police has booked the girl but are yet to nab her. 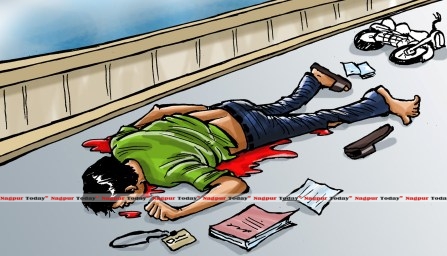