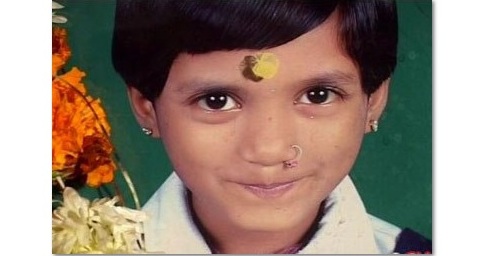 The struggle for justice by the parents of Yogita Thakre who was found dead in May 2009 in a car parked in the residential premises of Gadkariwada – home to former BJP president Nitin Gadkari, seems a never ending phase. Frustrated over the slow pace of investigation into the matter by the local branch of state Crime Investigation Department (CID), the family of seven year old bereaved girl has decided to move to the Supreme Court demanding CBI inquiry into the matter.

The move of the Thakre family comes after the Nagpur bench of Bombay High Court on December 3 rejected the family’s demand for the CBI inquiry into the matter.

Responding to a petition filed by Kiran Thakre, Yogita Thakre’s elder sister, the High Court bench of Justice A.B.Choudhary and Justice J.A.Haque had ruled that the demand of the petitioner was “premature” as the matter was being heard by a lower court and the state Crime Investigation Department (CID) was investigating the case afresh on 11 points.

Jammu Anand, President of Nagpur district domestic workers union, who has been volunteering for the cause of Thakre family told Nagpur Today that earlier the CID has filed for closure report on two occasion. First it was done in 2012 and then in 2013. On both the occasions the court of first class judicial magistrate (JMFC) has turned down CID’s closure report stating that CID was not interested in conducting investigation. Hence there is no point in asking CID for further investigation and it will be waste of time, he added.

Anand added that another development took place in March 2013 when Kishore Samrite from MP filed writ petition in Supreme Court for handing over the inquiry to CBI. Then the apex court ruled that matter was pending before trial court which is competent enough to pass appropriate order.

He told Nagpur Today, “Taking clue from SC’s observation, we moved an application with trial court for getting appropriate order. On that application trial court stated that local branch of CID has been directed by their higher-ups to investigate the matter on 11 different points. The local branch of state CID wrote a letter to the lower court informing that their higher ups have directed them to conduct investigation on 11 specified points. Taken cognizance of this, the trial court reserved its order on our application till the CID files its fresh report. High Court observed no point in interfering in the case since the CID was still pursuing the matter. It ruled that since the case is still being investigated it could not be given to CBI. Hence now we have the option to move to Supreme Court to press for CBI inquiry, given the slow movement by CID in this case.”

“We will approach the Supreme Court for CBI inquiry because only a CBI inquiry can bring out the truth about my sister’s death,” she added.