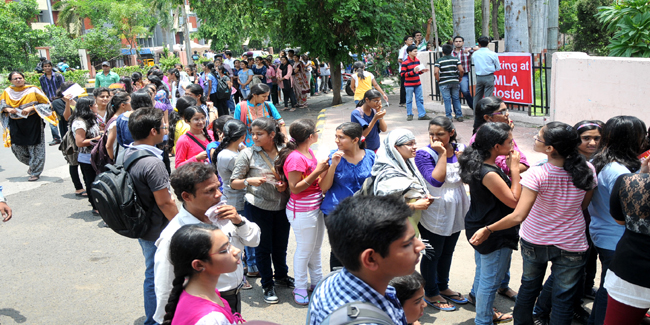 Nagpur News: Seven candidates from Maharashtra were among the top 100 who qualified at the Indian Institute of Technology’s (IIT) Joint Entrance Exam- Advanced, results for which were released ahead of schedule on Friday.

There were 25 candidates from the Bombay zone (Maharashtra, Gujarat, Goa and parts of Karnataka and Rajasthan) in the top 100 in the merit list, lower than last year’s 31. However, the zone still had the second highest number of candidates in the top after the Madras zone (36).

The state topper was Nagpur’s Chandra Maloo, 17, with a rank of 43.

In total, 4,375 candidates from the Bombay zone qualified (got ranks). However, not all will be eligible for filling in their choices and moving to the next round.

Of the candidates nationwide who are eligible for the next round, 7,436 are from the open category, 4,188 belong to the other backward classes, 2,990 to the scheduled castes and 856 to the scheduled tribes. This is the first year that candidates will have to be in the top 20 percentile of their Class 12 boards to qualify.

Candidates will now have to fill in their choices of course and institute online. The first round of allotments will be released on July 4.