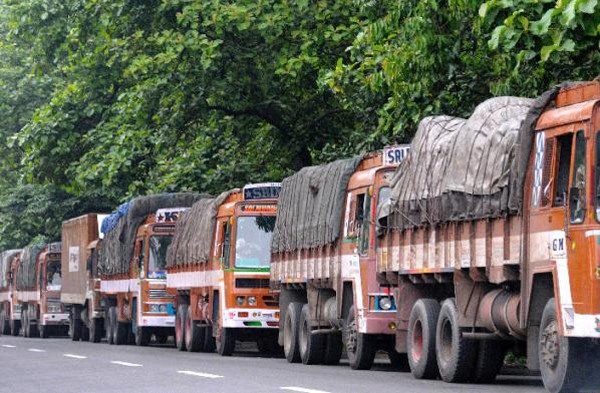 Nagpur: The non-existence of Transport Plaza for parking of trucks in the Second Capital has led to creation of chaotic parking zones on Amravati Road, Wadi, Bhandara Road, Kamptee along with other highways. The serpentine queues of trucks and other vehicles along roadsides refuses to decline at any time of the day. The menacing parking of trucks on highways is causing a spurt on accidents and human fatalities. But still there is no step is being taken to create Transport Plaza in the city. Forget highways, the Manewada Square ring road itself has turned into parking zone for mini-trucks.

Earlier, the mini-trucks were used to park near Manewada Square but now every transport vehicle, small or big, is being parked. Same is the situation on the ring road at Dighori Flyover. Adding to the woes is cement concretisation and narrowing of the road. The non-functioning of streetlights increases the risk of major mishaps as trucks parked in dark along road have caused many a mishap.

In the commercial hub of Wadi, a big line of trucks parked from Police Station itself could be seen. The haphazard parking of heavy vehicles put the small vehicle drivers to enormous difficulties. The situation is prevailing on almost all roads including Bhandara Road, Kamptee Road, Wardha Road, Manewada Ring Road, Dighori Ring Road etc. The trucks and other transport vehicles are parked under the very nose of police but no action is initiated to book the erring drivers.

Notably, the Nagpur Bench of Bombay High Court had recently pulled the top officials for their inaction in tackling the parking mess and directed them to regularly convene meeting of state level panel and submit report twice a year.