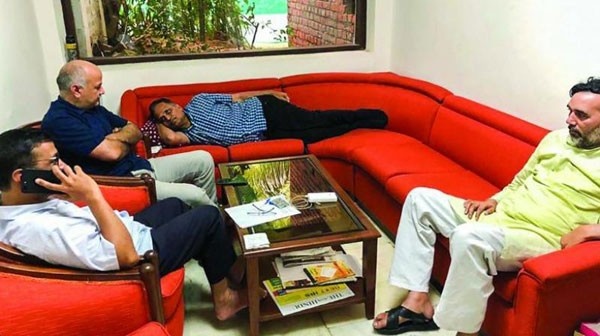 The Delhi High Court today asked the AAP government, who authorised the sit-in by Delhi Chief Minister Arvind Kejriwal and some of his cabinet colleagues at the lieutenant governor’s office, and observed that strikes are usually held outside an establishment or office and not inside.

The observation by a bench of Justices A K Chawla and Navin Chawla came during the hearing of two petitions, one against the sit-in by Aam Aadmi Party leader Kejriwal and the other against the alleged strike by the IAS officers of Delhi government.

“Who authorised the strike/dharna (sit-in by Kejriwal)? You are sitting inside the LG’s office. If it’s a strike, it has to be outside the office,” the court told lawyers appearing for the Delhi government in the two matters. Apart from the two petitions, a separate plea was moved by Leader of Opposition in the Delhi assembly Vijender Gupta against the sit-in by Kejriwal at Lt Governor Anil Baijal’s office.

The AAP says Delhi CM Kejriwal will continue his strike till IAS officers end their strike.

The matters are likely to be heard on June 22. The court said the association representing the IAS officers should also be made a party in the matter.