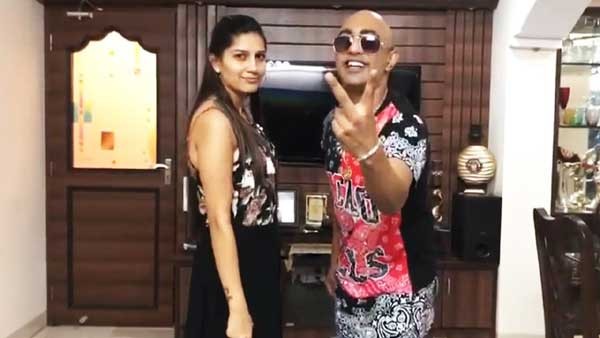 Haryanvi singer and dancer Sapna Chaudhary made it big in the Bigg Boss season 11. She has already made her Bollywood debut and is on cloud nine these days. Sapna always gets the limelight because of her hot dance videos. A while before, the dancer’s brother tied the knot and followed a long trail of viral videos, where many of the fellow Bigg Boss contestants were also present. And, surprisingly, Sapna was seen spending a gala time with those contestants whom she was never close to in the madhouse. How can you forget Sapna’s collaboration with Arshi Khan on song Rashqe Qamar?

Apparently, Sapna is now friends with many of the people, who she didn’t like when she was in Bigg Boss house. Now, a video of the dancer is going viral, and it features none other than her fellow Bigg Boss 11 contestant Akash Dadlani. Even the rapper had a great stint in the madhouse and was also a favourite of the audience.

In the video, Sapna says “You must be thinking why am I with Akash? The reason is Akash Dadlani’s new music video ‘Bang Bang’ which is coming soon. Don’t miss to watch it.’’ Sapna can be seen doing Akash signature dance step in the video.

Sapna Chaudhary is the Haryanvi sensation and has made people crazy with her latke jhatke. She has also made her Bollywood debut with the song “Hatt Ja Tau” in the movie Veerey Ki Wedding. She was also seen shaking a leg in Laado 2 and has also shot for Naanu Ki Jaanu with actor Abhay Deol.