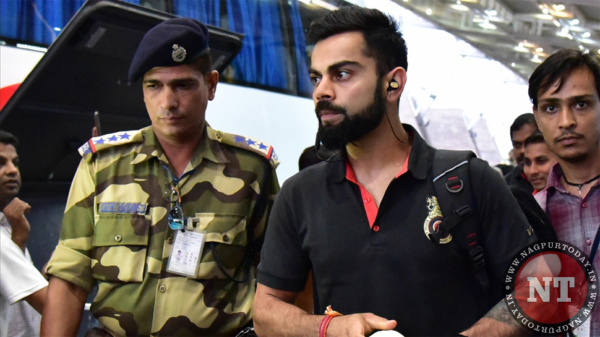 Indian captain Virat Kohli’s decision to play for England’s county team Surrey is unlikely to fructify as the explosive batsman is reported to be suffering from a slipped disc (herniated disc). According to a report in Mumbai Mirror, Virat Kohli’s slipped disc was diagnosed by a Mumbai-based orthopaedic surgeon.

Kohli had signed up to play for Surrey in keeping with the Board of Control for Cricket in India (BCCI) plan to ensure the Indian captain gets some quality practice for the demanding tour of England. India are scheduled to tour England from July to September and play three T20 Internationals, three One Day Internationals and five Test matches. BCCI had not picked up Kohli for the one-off Test against Afghanistan and two T20 Internationals against Ireland in June.

According to the Mumbai Mirror report, the doctor told Kohli on Wednesday that his spinal nerves had suffered some damage and if the injury does not heal fast, he may miss some of the matches during the England tour. But the doctor has also ruled out Virat Kohli needs to undergo a surgery at this stage.

Surrey is not paying a huge amount to Kohli. According to PTI, a senior BCCI official said that the Board and Virat Kohli were keen on him playing in England before the tour and so “monetary part was of least concern to us”. “Contrary to popular belief that Virat will cost a bomb for Surrey, it was completely the other way round. Let’s get it clear. Surrey is paying airfare, accommodation and a very nominal match fee during the month,” he told PTI on conditions of anonymity.

Kohli was scheduled to play six games as part of Surrey team. He was to feature in three Royal London Cup 50 over games and three county four-day matches. His Surrey stint was to start on June 1 with the first Royal London Cup 50 over match against Kent at Beckenham followed by the second and third games on June 3 and 6 against Middlesex and Glamorgan respectively.

The four-day campaign involves playing against Hampshire in Southampton on June 9 to 12. He is also scheduled to play against Somerset at Guildford from June 20-23 and Yorkshire at Scarborough from June 25 to 28.