Nagpur News : Vidarbha’s team will play their opening encounter of the Fourth Hockey India Senior National Championship (Pool B) against Delhi, in Lucknow. A total of 42 teams will participate in the prestigious hockey chamionship to be played at the Major Dhyamchand Hockey Stadium. The matches will be played on the basis of league cum knockout basis.
Vidarbha, the latest inductee in the Associate member group, has been put in the pool comprising of the likes of Delhi, Chattisgarh, Maharashtra, Kerela and CRPF.
The teams are divided into two seperate pools. 20 teams are a part of Pool A while 22 teams will clash in Pool B to prove their worths. The matches of Pool B will be played from February 27 to March 13 whereas the Pool A teams will battle it out from March 11. 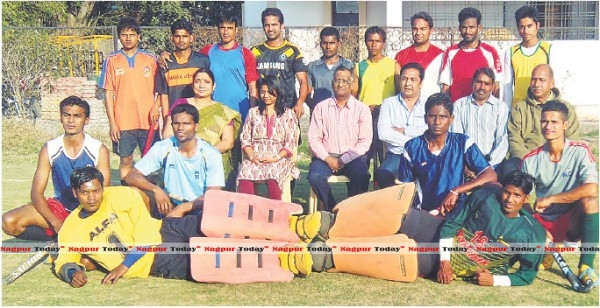