Nagpur News: Kotwali police booked a case of theft against unidentified youths who stole a motorcycle worth 75,000 and thrashing a father-son duo on Tuesday. According to police, Rahul Shete (21), a resident of House No. 557, Juni Mangalwari, Gujri Square, was going with his father Dashrath Shete on his motorcycle (MH-49-4441) to eat snack near Sangh Building under Kotawali police station area.

Two unidentified youths came in front of them and stopped them. They said that the bike was a stolen bike and that they were taking it in their possession, Rahul said. As the father-son protested their move, the youths started hitting them and forcefully took away their bike.

On the complaint of Rahul, Kotwali police registered a case of theft against the youths and have started investigation in this regard. 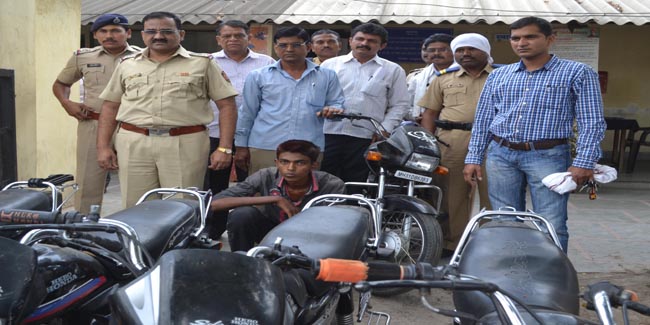