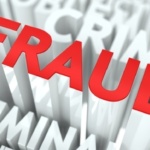 Nagpur: Two conmen tricked a trader to the tune of Rs 26 lakh on the pretext of providing him a loan without mortgage. Tehsil police have booked the two accused and searching for them.

A resident of Maskasath Telipura, near Ambedkar Statue, Ashish Satish Jain (43) in his complaint to police said that he runs business at Handloom Market, Gandhibagh. On November 1, 2016, one of the accused Tahirbhai Shamiulla Khan, resident of Block No. 140/A, First Floor, Handloom Market, Gandhibagh, approached Ashish and introduced the other accused Radhakrushna Thombre, resident of MHADA Marathon Tower, Lower Parel, Mumbai. Thombre told Ashish he works as a representative of a financial institute.

Both the accused, with their glib talk, won confidence of Ashish Jain and promised him of providing a loan without mortgage. The accused later took Rs 26 lakh from Ashish from time to time till July 17, 2019 but did not provide any loan.

Tehsil PSI A S Bakatwar, based on Ashish Jain’s complaint, booked the accused Tahirbhai Shamiulla Khan and Radhakrushna Thombre under Sections 420, 34 of the IPC and searching for them.