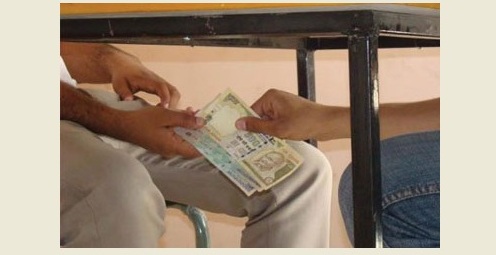 The trap was set up on the complaint lodged by old Futala resident Vrindavan Maharana, 34, who owns business named Ameena Steel. He claimed that he had applied for a permanent certificate for assignment of labourers and Shende demanded bribe of Rs 2,000 to get the certificate soon.

Maharana has reported the complaint to ACB a week ago. As per ACB plan, Maharana called Gajbhiye to inform him about Shende demanding bribe. However, instead of assuring an inquiry against Shende, Gajbhiye asked Maharana to pay the bribe to Shende. While ACB officials caught Shende taking bribe at main office, they also recorded the conversation between Gajbhiye and Maharana. Police are searching for Gajbhiye who has been absconding.