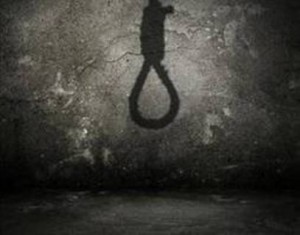 Wadi and Sonegaon police registered two cases of accidental death on Thursday.
In the first case, a senior citizen ended his life by hanging self with a nylon rope under the jurisdiction of Wadi Police Station. According to information, 60-year-old Babanrao Jagoji Dhabarde hanged himself with the hook at the kitchen ceiling with the help of a nylon rope at his residence at Gautam Nagar, Tekdi Wadi. As per details, his family members discovered his hanging body at the intervening night of Thursday and Friday at 12.05 am.
On the complaint of Roshan Babanrao Dhabarde (22), Wadi police reached the spot and registered a case of accidental death.
In the second case, body of a 40-year-old man was found at the first floor of an under construction building near Hotel Dwarka on Thursday. The deceased has been identified as Kamlakar Kisanji Chavhan (40), a resident of Rui Panjri, in front Buddha Vihar lane, Wardha Road.
On the information of deceased’s sister Laxmi Vilas Kamble (46), Sonegaon police reached the spot and panchamana. Cops have sent the body for post mortem and after registered a case of accidental death, started the investigations.