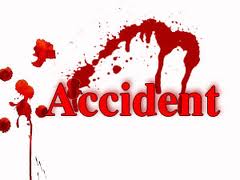 Nagpur News: Road accidents continue to cut short precious lives of innocent citizens  in Nagpur as a youth was killed and his friend seriously injured when a truck hit the motorcycle they were driving on Thursday night.  The accident happened at Law College Square in the jurisdiction of Ambajhari Police Station.

According to police, a resident of Vinoba Bhave Nagar Vinod Chandrabhan Bhimte (27) along with his friend Mukesh aka Bhim Bhaudas Sahare (27), a resident of Ajri Majri Yashodharanagar, was going to Law College Square at about 11.30 on his motorcycle (MH-31 DA/3256). Suddenly, a truck (MH-40 6595) dashed against their motorcycle and injured both of them. They were immediately rushed to Dande Hospital at Ravi Nagar Square. However, Mukesh Sahare succumbed to his injury at 1.30 am. After the accident, the truck driver fled the spot along with his truck. Police registered an offence after a complaint lodged by Prateek Vijay Naidu (22) a resident of Netaji Market and have launched a hunt for arresting the absconding truck driver.