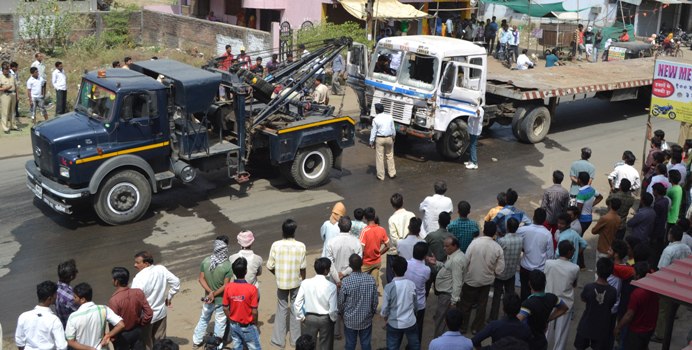 In yet another hit-and-run case, a trailer knocked dead a cyclist on Friday morning under the jurisdiction of Gittikhadan Police Station. Identified as Pranali Patoli Solanki, the 19-year-old deceased was a resident of Collector Colony, behind Nag Mandir, Godhni Road.

According to police, the incident took place between 9.30 am and 9.45 am on Friday morning. The 19-year-old Pranali, who worked as a helper in a cloth centre at Geeta Nagar, was going for her job. A speeding trailer came from the wrong side near Zingabai Takli and hit her bicycle. With the impact of the accident, Pranali fell on the ground. Commuters rushed her to Kunal hospital where the doctors declared her dead. The body of Pranali was then sent to Indira Gandhi Government Medical College and Hospital for post mortem. 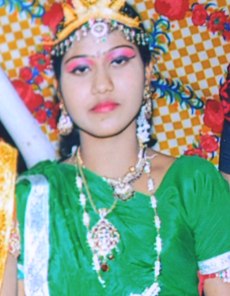 Meanwhile, Gittikhadan police reached the spot after being informed. They performed the panchnama. The driver of the ‘killer’ trailer fled from the spot fearing public wrath. In a hassle, he left the trailer on the spot. Enraged commuters tried to burn the trailer but police took the situation under their control.

Sources said, Pranali belonged to a poor family and thus, to support her family, she joined as a helper in a cloth centre at Geeta Nagar after completing her Std XII. Her father is a cobbler while mother is a domestic servant. Her elder sister was working at Pune while her older sister and brother were completing their studies.

Gittikhadan police have registered an offence against the absconding driver for negligence causing death of the girl and have launched a hunt for him. Further investigations are under way.