Nagpur News: A trader was thrashed and relieved of Rs 15,26,000 by three unidentified criminals at about 2040 on Wednesday.

According to police, the trader, Suryakant Harigovind Agrawal (40), resident of Plot No. 51, Surya Nagar, Nagpur was returning home after his closing shop, located in Satranjipura in his car (MH-31/BX 1455). Suraykant was carrying Rs 15,26,000 of a land deal. When Suryakant reached near Patel’s house in Surya Nagar under jurisdiction of Kalamna Police Station, three unidentified goons, riding on a Bajaj Pulsar motorcycle, stopped his car. After stopping the car, the goons pulled Suryakant out of his car and started beating him. The three criminals then lifted the bag containing Rs 15,26,000 from the car and sped away from the spot.

The Kalamna PSI Vaidya booked the three unidentified goons under Sections 392, 34 of the IPC and probing the matter further. 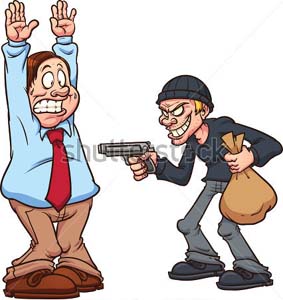