On a sunny afternoon at a secluded stretch on VIP road in Nagpur, smoke emanated from the shrubbery greens. As we approached nearer, we heard some whispers…What followed was the scene of shock. A group of ten people, many of them in their twenties, puffed up the chillum filled with charas. This is just not an isolated case but the alarming trend in the city. Substance abuse has been on the new high in the city and the habit has been picked up rampantly among the youngsters. The situation has reached its peak right under the nose of administration.

Nagpur Today Crime Reporter Ravikant Kamble snooped into the smoky world and brought out the truth beneath the rising substance abuse.

It’s not only the hangout parties where the young and happening lot of Nagpur go for monetary sharing! On a serious note, most of the city college goers and young professionals rather share their bucks over a shot of narcotic substance. According to market, a tola (10 grams) of charas costs Rs 2000 in Nagpur and Rs 2200 in Kamptee. The amount for 10 grams substance is usually shared by 10 youths who prepare 10 cigarettes out of the bought quantity. It also calls for five chillums for those have been into the habit for considerable period of time. The areas in Nagpur where the youths find the stuff include Chitar Oli, Gandhibagh, Mominpura, Gittikhadan, Katol Road, Tajbagh, Hasanbagh, Kamptee and other areas.

The Charas business has entered the second cpital city of Nagpur in a big way. The product of Northern States of India namely Himachal Pradesh, Kashmir, Uttar Pradesh border with Nepal, Assam etc, Charas made from marijuana (Ganja), finds its way to Nagpur in a well-planned network. From big dealers, the drug goes through many big and small hands and reaches Nagpur various clandestine transport. Several youths could be found running from one dealer’s house to another’s for having the stuff at any cost.

Charas had been popular and remains so today, especially among sadhus, fakirs. A fakir said, “It is the age old tradition for sadhus, fakirs to have the chillums of. The Naga Sadhus, Aghoris and Tantric Bhairav sects smoke it freely as an integral part of their religious practice. Many smoke it in clay pipes called chillums, using a cotton cloth to cover the smoking end of the chillum and inserting a tightly packed pebble-sized ball of charas. Before lighting the chillum they will chant the many names of Gods in veneration. However, it is fast regaining the popularity among younger generation as a recreational drug of choice. It is freely available in several places.”

Is it ‘Bollywood Impact’? 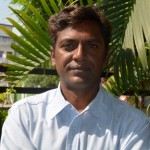 He first met the Chief Coordinator of Maharashtra Police-Citizens Coordination Committee Pravin Raut to solicit his views on the terrible menace that has gripped the youths, particularly the college-going students, in Nagpur.  “The drug business is thriving, thanks to the ignorant politicians and corrupt police. There is also no clear-cut policy of the government vis-à-vis anti-tobacco campaign. Bollywood movies openly show the lead actor making dialogue delivery while puffing charas filled cigarette, heroes and heroines in parties having a drug sends the wrong. Several hotels too are arranging rave parties with youths – both boys and girls – just for the matter of momentary joy. This is where crime takes its nasty entry. Only a concrete action on the part of all could kill the menace,” Raut reiterated. Parag Bezalwar, Member of the High Court Bar Association, Nagpur, put the blame on parents. “Parents are the first persons who come to know of bad habits of their grown-up children, especially the college-going children. Sudden spurt in expenses, abnormal behaviour, are some of the signs the parents must pick at the right time, and then the follow up action like digging out information about outer activities of their children. Frequent bunking of college classes, then dropping out of colleges, and finally giving up education are the ominous signs that point out the children are in the grip of drugs, specifically the Charas, the best bet for upper middle class-higher class youths.

Police launch only drunken driving but spare the drug driving as they did not have the necessary tool to detect consumption of drugs. The colleges too should carry out random checking to find out the menace among students and should take stringent actions in order to deter other students from having a go at the Charas shot.  Moreover, drug dealers are acquitted in most of the cases due to lack of evidence.

A tola of Charas could be said “legal” for personal use. This lacuna works for dealers as they never keep more than a tola with them to escape the conviction under Sections 29, 30 Narcotic Drugs and Psychotropic Substances Act, 1985. Even in a rare case, conviction is made with 10-year jail. But the dealer comes out within 3-4 years as further conviction is based on evidence in higher courts,” Bezalwar lamented. The Maharashtra President of Bahujan Human Rights Balasaheb Meshram blamed police hands down for the spurt in charas menace. “Only police, and to some extent, the government, should be held responsible for increase in charas chaos. “I fail to understand why the Government has not been launching the sustained drive against the drugs on the lines of smoking/tobacco. Like the warning, Smoking/Chewing Tobacco kills/Smoking/Tobacco causes cancer, the Government should also carry out all out campaigns against the drugs like Charas, Marijuana, Brown Sugar, Cocaine which are killing many youths, triggering grave crimes like rapes, gang-rapes, robberies and also ruining hundreds of families. Police must crack down on drug dealers in order to free the society of many serious ills, Meshram demanded.

The cultivation, production, manufacture, possession, sale, purchase, transportation, warehousing, consumption, inter-State movement, transshipment and import and export of narcotic drugs and psychotropic substances is prohibited, except for medical or scientific purposes and in accordance with the terms and conditions of any license, permit or authorization given by the Government. (Section 8)
…Ravikant Kamble