The accused trio forcibly entered into a girl’s home and caught hold of her and tried to take her away with one accused dictating the girl to marry with him. But when she refused and tried hard to get free from the clutches of the accused, the accused attacked her with knife and subsequently inflicting injuries on the girl’s chest and hand with intentions to kill her. The accused then turned his wicked eyes towards two and half year old niece of the girl. The accused succeeded in kidnapping the kid and fled the spot on a motorcycle. 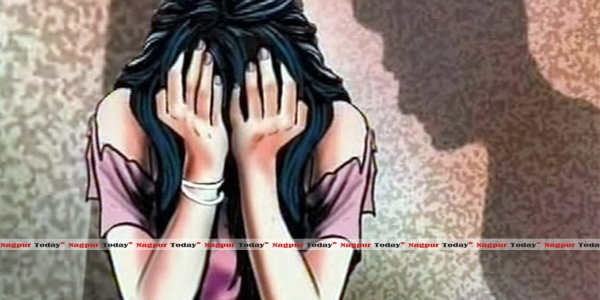 Three youths enacted a villainous scene directly lifted from a Bollywood “Masala” film wherein they first attempted to kidnap a young girl, then forcing her to marry one of the youths and on refusal by the girl, tried to kill her with knife injuries. Outraged over failure in their nefarious designs, the youths then tried and succeeded in kidnapping a two and half year niece of the girl but not before again doling out life threats to the girl if she narrated the incident to police or anyone.

This spine-chilling drama was enacted by the two accused Surya Prakash Vajanghate (23), resident of Zingabai Takli, Nagpur, a boy named Golu and an accomplice of them. The victim, Abhilasha Vilas Dandekar (21), resident of Plot No. 276, MHADA Colony, Godhni Railway, was at her home along with her niece Nandini (Two and half year old). At about 1300 hours on Saturday, the accused trio forcibly entered into Abhilasha’s home. After entering the house, the accused caught hold of the girl and tried to take her away with Surya Prakash Vajanghate dictating Abhilasha to marry with him. But when Abhilasha refused and tried hard to get free from the clutches of the accused, Surya Prakash attacked her with knife and subsequently inflicting injuries on the girl’s chest and hand with intentions to kill her. Surya Prakash Vajanghate then turned his wicked eyes towards Nadini and snatched her from the hands of Abhilasha in order to kidnap her. When Abhilasha tried to resist, the other two accused threatened to kill her. The accused succeeded in kidnapping Nandini and fled the spot on a motorcycle.

Koradi police, acting on the shell-shocked Abhilasha’s complaint, have booked the accused under Sections 452, 307, 366, 363, 511, 506(B), 34 of the IPC. Koradi PSI Dhanorkar is investigating the matter and has launched a massive search to trace the accused and Nandini.