Dhantoli police have booked three persons on the charges of preparing bogus property documents and then cheating a bank to the tune of Rs 17 lakh.

According to police, the accused trio Sanjeev Kumar Manikrao Gupta, a resident of Gurukrupa Housing Society, Bhagwan Nagar; Vijay Manikrao Nitkar and Manikrao Raghoji Nitkar, both residents of New Bidipeth prepared fake property documents. The accused then approached Ramdaspeth branch of Cosmos Bank and with the help of the bogus documents, negotiated a loan of Rs 17 lakh.

However, when the Cosmos Bank, for reasons better known to them, examined the documents with the concerned authorities, it revealed that the documents were bogus.But it was too late. The Branch Manager Kanchan Kelkar straightaway reached the Dhantoli Police Station and lodged a complaint in this connection. Police have registered offences under Sections 468, 471, 420 and 34 of the IPC and are investigating the matter further. 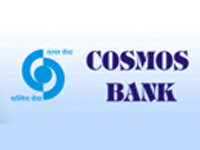