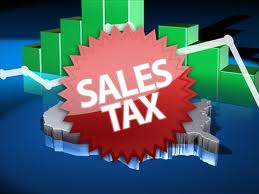 Nagpur News: Tehsil police have booked a “trader” who did not do any business at all but still facilitated other traders reap benefits in the Sales Tax and Value Added Tax (VAT) and also defrauding the State Government to the tune of Rs 6,57,636.

According to police, the accused Sanjay Rambhau Talmale, resident of Dharaskar Road, in front of Narsing Temple, Itwari, Nagpur but now residing in Zade Nivas, Behind TB Ward, Maskasath, Nagpur, runs Shrinath Trading Company. However, Sanjay did not do any business at all from 01-04-2003 to 31-03-2011 but registered his Shrinath Trading Company under Sales Tax and Value Added Tax Act and received the Registration Number. Sanjay then prepared bogus bills and thus facilitated other traders to evade the Sales Tax and Value Added Tax. This way, Sanjay Talmale cheated and defrauded the State Government of Sales Tax and VAT to the tune of Rs 6,57,636. When the “deals” were noticed by the concerned authorities, Satish Shankarrao Waghmare (40), Assistant Sales Tax Officer, Sales Tax Office, Civil Lines, lodged a complaint with Tahsil Police Station in this connection. The Tehsil PSI Jaiswal booked Sanjay Rambhau Talmale under Sections 406, 463, 465, 468, 471 of the IPC, Sub-Section 63(7) of Mumbai Sales Tax Act 1959, Sub-Section 74 (1)(F) of Maharashtra Value Added Tax Act 2002 and probing the matter further.