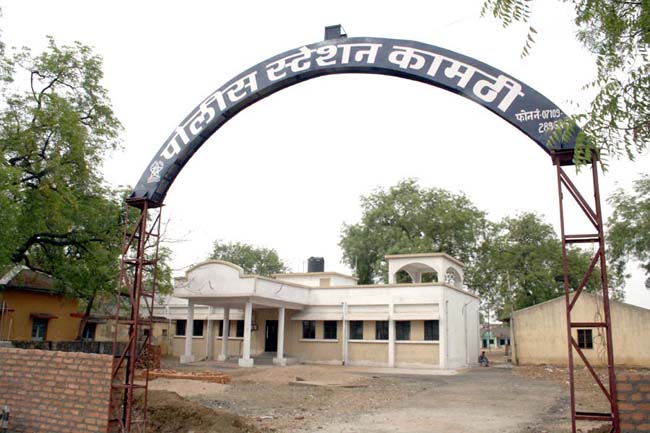 Nagpur News: In a classic case of “Fence eating the farm,” a Police Inspector has allegedly been charged with disposing of seized material in massive proportions.

According to  Prashant Chahande, resident of Kamptee, who has sent a written complaint to Director General of Police alleging disposing of seized material in great proportions by the Kamptee Police Inspector Sahebrao Jadhav. Prashant’s complaint further elaborated that when  Moharir Nasare, who was attached with Kamptee Police Station, retired, his charge was given to Totade. However, when taking the charge, Totade scanned the record of seized material, he found 3 quintals of copper wire and an Activa was not in the seized stuff spread over the Police Station premises. Both Nasare and Totade apprised the PI Sahebrao Jadhav about the missing copper wire and an Activa. However, the PI neglected their information, the complainant Prashant Chahande alleged.

Both Nasare and Totade again inspected the record of the seized material. Both were shocked to find not only 3 quintals of copper wire, one Activa missing but five quintals of iron material including several two-wheelers, drums, cycles and other material also allegedly missing from the stock put in the Kamptee Police station premises. The complainant Prashant Chahande, in his written complaint to Director General of Police, allegedly charged the PI Sahebrao Jadhav of disposing of the massive seized material. The complaint further alleged that PI Jadhav purchased a flat in Jaffernagar.

According to sources and the complaint of Prashant Chahande, the owner of the Activa, which has been allegedly sold by the PI, has secured “Supurdnama” (handing over document) and had arrived at the Kamptee Police Station to take back his Activa. But the person, instead of receiving his Activa, is receiving “pressured” advice to wait and watch, the sources said.

However, the any actions of PI Jadhav have the touch of a controversy. It has been alleged that the PI suppressed the “devilish” act of Dr Sandeep Jain, who according to sources, cut the organ of a child.

The President of Republican Bhimshakti Chandrashekhar Bhimte has demanded stern actions against the PI Jadhav in the alleged disposal of seized material.