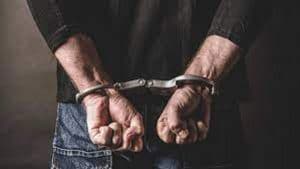 Nagpur: Jaripatka police have arrested a teenager who robbed a youth of his motorcycle at knife point on Tuesday night.

The accused has been identified as Aslam Kazi Azhar Kazi (19), resident of Rajgruh Nagar, near NIT Garden. The complainant, Mohizul Haque Yenul Haque (23), resident of House No. 697B, Bhankheda, Mominpura, was talking to his friend Aman Motghare in front of his house around 8.30 pm on Tuesday. Mohizul had parked his Pulsar bike (MH-49/AU 5604) nearby.