High Court issues notices to Union Ministry of Housing and Urban Affairs, NMC, NIT, NMRDA, Commissioner of Police, and others 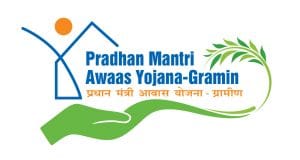 Nagpur: The Nagpur Bench of Bombay High Court has issued notices to Union Ministry of Housing and Urban Affairs, Maharashtra Government and other government departments on the petition filed by an NGO accusing NIT and NMRDA of corruption in Pradhan Mantri Awas Yojana (PMAY) in Nagpur.

In its petition, the NGO — Sahara the Rest Foundation — working for the welfare of the society and abatement of corruption, claimed that they received a complaint through a source that rampant corruption is being indulged at NIT and NMRDA in Pradhan Mantri Awas Yojana (PMAY) in Nagpur. After perusing the complaint, the NGO accused NIT and NMRDA of irregularities such as tampering and alteration of official data, mismanagement of allotment list of PMAY, Nagpur by sell and misuse of data, changing the data and replacing the allottees names with the names of other known persons, management of internal audit report, selling of confidential data of applicants etc.

Adv. Prabhat Tiwari, the petitioner, further said that the Syndicate is favouring their associate partners to get easy sanctions of projects, sanctioning of plots and layouts, allotments, tender procurement, release of work orders and work execution, etc. all for the purpose of earning illegitimate income and personal benefit, which is sheer misuse of powers and authority. “Corruption, cheating, criminal breach of trust and forgery by using a government office by the syndicate is a very serious concern against the public,” the petitioner said.

Adv Tiwari further said in his petition, “We tried to contact the Chairman of NIT and Metropolitan Commissioner, NMRDA, Nagpur, however the efforts turned out futile. Later we have also given a written complaint on 08-07-2020. However no reply was received and no action was taken on the complaint, The complaints of the overall matter was also given to the Commissioner of Police, Nagpur City to take action against the culprits under Sections 406, 420, 468, 470, 471, read with 120 (B) and 34 of Indian Penal Code 1860, and read with the provisions of Prevention of Corruption Act. 2018 for corruption, cheating, criminal breach of trust and forgery at NIT and NMRDA. however no action was taken on the complaint till date. As a senior IPS officer is also involved in the matter. It is evidently clear that the syndicate conducting corruption at NIT and NMRDA is very strong and involved with high profile authorities,” Adv Tiwari claimed.

The Division Bench of Justice VMDeshpande and Justice Amit B Borkar after hearing the aforesaid matter in detail have found the substance in the complaints and evidence hence allowed the order of issued notice to the respondents. Adv S.S. Shahane argued the matter on behalf of the petitioners Sahara the Rest Foundation through Adv Prabhat Tiwari and Ashutosh Lalwani.