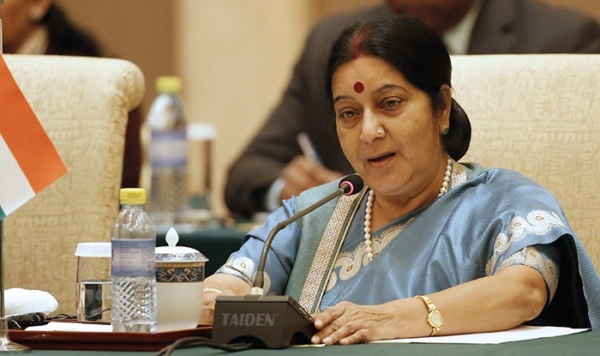 “Shri Naresh Agarwal has joined Bhartiya Janata Party. He is welcome. However, his comments regarding Jaya Bachhan ji are improper and unacceptable,” Swaraj tweeted to express her displeasure over what Agarwal had said about Jaya Bachchan in a press conference after joining the BJP.

Shri Naresh Agarwal has joined Bhartiya Janata Party. He is welcome. However, his comments regarding Jaya Bachhan ji are improper and unacceptable.

However, BJP spokesperson Sambit Patra immediately tried to clarify his party’s stand saying it respects people from all field but the damage had been done.

The SP has six Rajya Sabha MPs – Kiranmayee Nanda, Darshan Singh Yadav, Naresh Agarwal, Jaya Bachchan, Munawwar Saleem and Alok Tiwari – who are retiring. The SP has only 47 votes and party chief Akhilesh Yadav can only send one leader to Parliament. The remaining 9 additional votes will be given to the BSP candidate under the party coalition.

The SP decided to send only Jaya Bachchan to Rajya Sabha.

This is not for the first time that Naresh Agarwal has triggered a controversy by his remarks. Agarwal’s statement linking Hindu gods with alcohol brands which he gave during Parliament’s Monsoon Session last year had resulted in a huge uproar. The remarks of the then SP leader were later expunged as he tendered an apology in the Upper House.