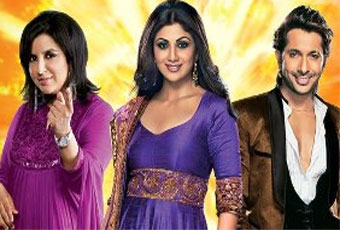 Nagpur News: ‘Nach Baliye Shriman v/s Shrimati’ a dance reality show came to an end with a grand finale. The finale best part was the decision when both the teams lifted the winner’s trophy thus ending the three-week competition in a tie.

Gurmeet Chaudhary walked away with the best performer of the series prize comprising Rs.50,000 and a gift hamper.

In the end, the mini-series of ‘Nach Baliye Shriman V/S Shrimati’ ended on a rejoicing note for both the teams.

The show saw eight real life celebrity couples competing against each other.

Judge Terrance entertained everyone with his chaste Hindi and even received a prize from fellow judge Farah who gave him a hair care set.

By the end Shilpa Shetty said “All that ends well is well”.