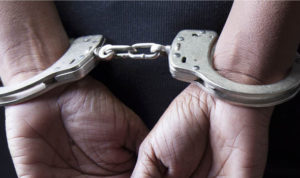 Nagpur: MIDC police have booked a supervisor of a company for causing death of an electrician negligently.

According to police, the deceased Govinda Sevak Mahadore (32), native of Sadak Arjuni, Gondia district, but currently staying at village Mangli, Hingna, was carrying of electric work on a pole at Bharat Electric Company in MIDC on January 23, 2020. Suddenly he received a powerful shock and fell down. He was rushed to Green City Hospital, Dhantoli. However, Govinda succumbed to injuries during the treatment on February 2. MIDC police at that time registered a case of accidental death and started a probe.

During investigation, it was revealed that the accused supervisor Mohan Ramaji Ambekar (36), resident of Hanuman Nagar, Wanadongri, had allowed the electric work without obtaining NOC from MSEB and ensuring disconnection of power supply at the pole where Govinda was working. Moreover, the accused supervisor told his workers that electric supply has been disconnected and asked them to work.

Subsequently, the deceased Govinda climbed up the electric pole and started work. But since the power supply was not disconnected, he received a powerful shock and fell down. He suffered fatal injuries and subsequently died at Green City Hospital during treatment on February 2. Negligence on the part of accused supervisor Mohan Ambekar was the cause of Govinda’s death.

MIDC Assistant PSI Nakat, based on probe by Assistant PSI Vijay Nemade and a complaint lodged by him, has booked the accused supervisor under Section 304(A) of the IPC. Further probe is underway.