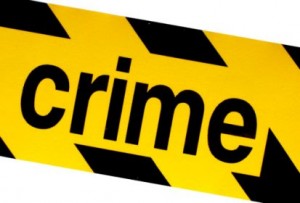 Meanwhile, traffic police checked over 100 two wheelers and fined most of the riders caught tripling, stunting and rash driving. Majority of these bikers are found to be minors risking their lives along with that of passersby with the uncontrolled speed. Even citizens have been complaining of the boys performing stunts on their bikes on busy streets of Dharampeth. Such instances are more common on the road adjacent to Futala lake and also opposite traffic park in Dharampeth.

Another rash driving proved costly as an ambassador car (no. MH 31 CS 5555) rammed a road divider near the flyover on Bhandara road. The driver and other three people in the vehicle suffered injuries as a result of the collision. The incident took place near Jaikisan Rice mill.

50 year old Vijay Tukaram Hegde of Sai Nagar was driving the car while Sanjay Wasudev Dhote, 50, Praveen Potey, 22 and Rajesh Gajananrao Naranaware, 29 was travelling along with him. Suddenly it ran over the divider as the driver lost control over vehicle. The injured are being treated at Rahate hospital on CA road. Meanwhile police have registered the offence against the driver under section 279, 338 IPC