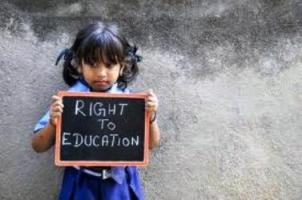 It’s been 17 days since the regulation passed and the students belonging to the underprivileged backward classes have not yet benefited from the Right To Education (RTE) act. The prominent private schools in the city have still not started the distribution of admission forms to students. The education department has announced that they will lodge a complaint against the schools that fail to give admission to students in the 25% quota. This procedure will now start on 2nd February.

Someshwar Netam , the Primary Education Officer said, “ We have extended the date till 30th January for distribution and buying of forms. 2nd February onwards, we will start inspection of schools with the help of our education officers. If any school does not follow the RTE rule we will have to lodge complaints against that school.”

Mohammad Shahid, an RTE activist said, “Schools are not distributing forms. Because of this, parents are mentally disturbed. It’s high time the concerned department start the centralized admission of students.”