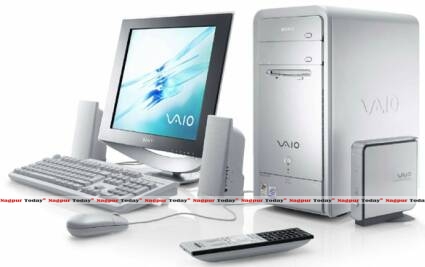 In a major shock across the global electronics market, the electronics giant Sony announced its departure from PC market after it warned that it would suffer an annual loss of $1.08 billion. In addition to it, Sony also cut 5,000 jobs in the anticipation of huge loss. The once master of electronics is now crawling to save its balance sheet and struggling to reaffirm its position. For now the company would not be manufacturing PCs anymore.

The news came a week after Moody’s downgraded the firm’s credit rating to junk, saying the maker of Bravia televisions and the PlayStation games console had more work to do in repairing its battered balance sheet. It also comes as Japan’s embattled electronics sector faces serious challenges from foreign rivals such as US giant Apple and South Korea’s Samsung.

Sony said on Thursday the job cuts would save about $1.0 billion a year starting from early 2015 as it announced the sale of its Vaio-brand PC division to a Japanese investment fund. It did not disclose financial details of the deal with Japan Industrial Partners (JIP), but local media this week reported that the sale was worth between 40 billion yen ($400 million) and 50 billion yen.

Citing “drastic changes” in the global personal computer market, Sony said it had decided to concentrate on “its mobile product lineup on smartphones and tablets and to transfer its PC business to a new company established by JIP that will enable (its) continuation”.

It would “cease planning, design and development of PC products”, Sony added. The job losses–about 1,500 in Japan and 3,500 overseas–were tied to its ailing television and PC businesses, it said.

Several hundred Vaio employees are expected to be rehired by its new owner and Sony said it will “explore opportunities for other employees to be transferred to other businesses within the Sony Group”. For others, Sony said it planned to offer an “early retirement support programme”.

The Japanese firm, a small player in the global PC market, has pinpointed digital imaging, videogames and mobile as the core units that it hopes will lead a turnaround in its electronics business.

Sony chief Kazuo Hirai, who is due to hold a press briefing later Thursday, has shrugged off pleas to abandon the television unit. The firm last year turned down a call from US hedge fund boss Daniel Loeb to spin off 20 percent of its entertainment arm, which includes a Hollywood film studio, to boost profits.

Hirai’s efforts to turn the firm around got a boost in the year to March 2013 after after it posted a small net profit after four years in the red. However, that was largely due to a weak yen and the selling off of assets, including its Manhattan office building for more than $1.0 billion, as part of the wider restructuring.

On Thursday Sony said it had made “significant progress” in shaking up its electronics business. But warned it would not achieve its goal of making the low-margin TV business profitable for the current fiscal year to March, in which it expects to lose 110 billion yen.

The company blamed its poor earnings outlook–which reversed previous expectations of a 30 billion yen profit–on a declining business, restructuring expenses and planned assets sales “which were reconsidered”. It also pointed to losses in its games business, which were not included in the earlier forecast.