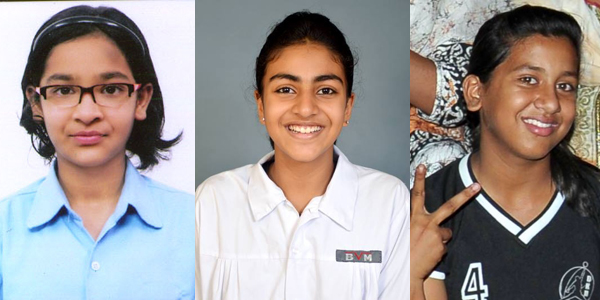 Three city girls, Siddha Deshmukh, Smruti Iyer and Shreya Dandekar, have been selected to represent Maharashtra in the forthcoming National Sub-Junior (U-13) Basketball Championship slated to be held at Patna, Bihar, from August 18 to 25.
The national championship for boys and girls has been organized by Basketball Federation of India (BFI).
While Siddha and Smruti are members of Shivaji Nagar Gymkhana (SNG), Shreya practices at the Dharampeth Krida Mandal (DKM) courts.
After the 10-day preparatory camp held at Dombivali Gymkhana all the three city cagers have been included in the Maharashtra squad for the national tourney.
Apart from the three selected players, Palavi Korranne also from Nagpur was selected for the training camp but missed the state berth by a whisker.
It may be mentioned here that in the selection tournament of Maharashtra State Inter-District Basketball Championship the Nagpur girls’ team finished as runners-up.
The 12-member Maharashtra team will depart for the national championship from Mumbai on August 15. Thane’s Anand Phadke has been named as coach of Maharashtra girls’ team.
For the achievement of all the three city players, president of Nagpur District Basketball Association (NDBA) Sandip Joshi, secretary NDBA Shatrughna Gokhale, treasurer of Maharashtra State Basketball Association (MSBA) Anup Rajurkar and all the district officials wished them luck.