The bitter facts and figures decisively expose “criminal negligence” on the part of the officials, office-bearers of Nagpur Municipal Corporation. 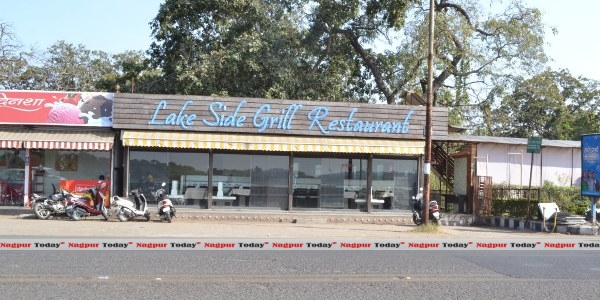 The print media must have used reams and reams of paper and electronic media must have devoted hours together for reporting the sordid episodes of the NMC’s Property Tax Department. And most ominously, there is still no full stop to shabby state of affairs. The list of top defaulters of Property Tax continues to add more and more names apart from the tenants of Gandhi Nagar-based Balkrishna Wasnik, former MP and father of Mukul Wasnik, the Congress Member of Parliament. The tenants Flywheel Aviation and Mahesh Tutorials have not paid the Tax dues amounting to the tune of Rs 19.5 lakh and Rs 11.5 lakh respectively. Similarly, Futala Lake shoppers have not paid a single penny towards the Property Tax.  Following are the Futala Lake kiosk vendors who have defaulted in paying the Property Tax to the NMC:

These all vendors are tenants of Sell Ad that has been given a contract by the Nagpur Improvement Trust for beautification of Futala Lake. The Sell Ad pays annual charges to the NIT for the place.

If the NMC recovers Property Tax from the vendors on commercial rate basis then the NMC would receive 60 per cent of annual rent towards the Property Tax from each kiosk. The revenue would run into crores of rupees if the Tax is recovered before March 2014. However, neither the NMC Commissioner Shyam Wardhane nor Shashikant Hastak nor Rajesh Karade nor Girish Deshmukh have been showing seriousness in recovering the staggering dues for reasons better known to them. The net outcome of this “uncanny” attitude has been that the NMC is being starved of much needed revenue and the vendors have been cherishing the perfect situation to the hilt. But the Futala Lake vendors are just a tip of iceberg. There have been hundreds of properties that are being “deliberately neglected” by the top NMC officials and office bearers. The victim of all these shoddy affairs could be the Budget announcement of the Standing Committee Chairman Avinash Thakre.