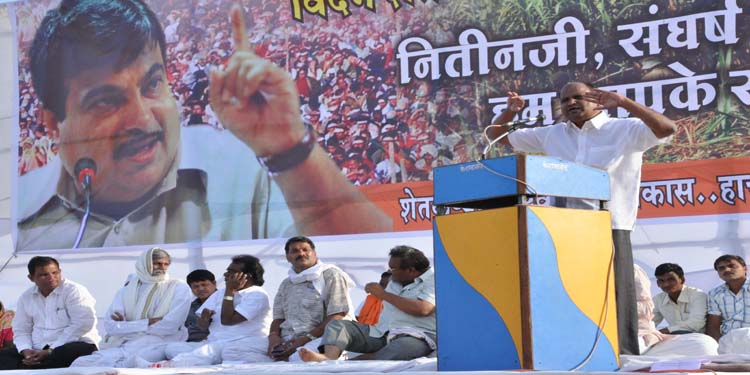 Nagpur News : A rally of farmers was organised today near RSS headquarters in Nagpur and vowed to stand firm behind beleaguered BJP president Nitin Gadkari who is facing heat over graft allegations.

Thousands of farmers from across Maharashtra participated in the rally organised by little-known Vidarbha Shetkari Sangharsh Kriti Samiti.

Gadkari was accused by India Against Corruption (IAC) activist Arvind Kejriwal of being illegally favoured by Maharashtra government in allocation of farm land. Gadkari had denied the allegations.

Though no BJP leader attended the rally, a string of farmers’ leaders who spoke on the occasion expressed their resolve to back Gadkari, the promoter of Purti Sugar and Power Limited (PSPL) which has come under cloud for alleged dubious transactions.

“Hundreds of farmers will lose their jobs if the sugar factories run by Purti Group are closed down,” a leader said, adding allegations against Gadkari are being levelled as he has become a “political threat” to his rivals.

Vidarbha Janandolan Samiti president Kishore Tiwari, former MLA Harish More and others also addressed the farmers who have come from various districts of the state to attend the event 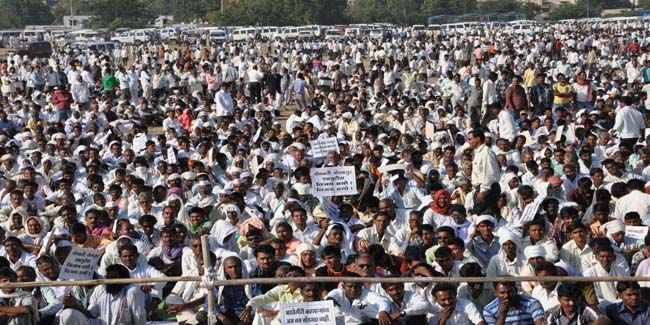