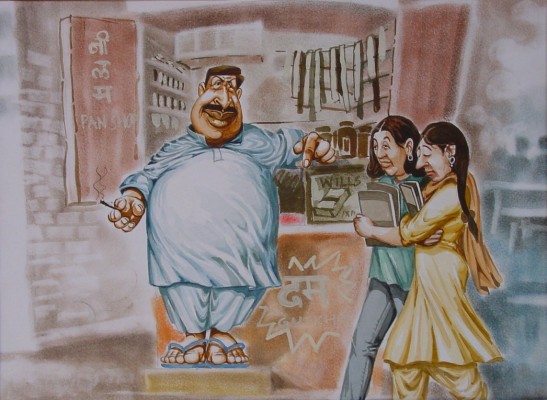 The nineteen year old states that Paresh knocked at her gate and asked her to come out. When she came to the gate, he allegedly made lewd gestures and statements, tried to grope her and harassed her sexually. Based on her complaint, Nandanvan Police have registered a case under Section 509 of the Indian Penal Code, according to Police Inspector Sunil Jaiswal.

Meanwhile at Ambazari, two bike- born chain snatchers made away with a chain worth Rs. 50, 000 and the mangalsutra of Rajeshwari Gopal Krishnan (40), a resident of 202 Indradhanush Apt (Plot No.- 188),  Shivaji Nagar, as she was crossing Shivaji Nagar Extension Basketball Ground on foot on her way to the neighbourhood laundry. Rajeshwari filed a complaint with Ambazari Police. Police Sub- Inspector (PSI) Katlam confirmed that a case has been registered under IPC Sections 392 and 34 based on her complaint, and said that the police are probing the case.