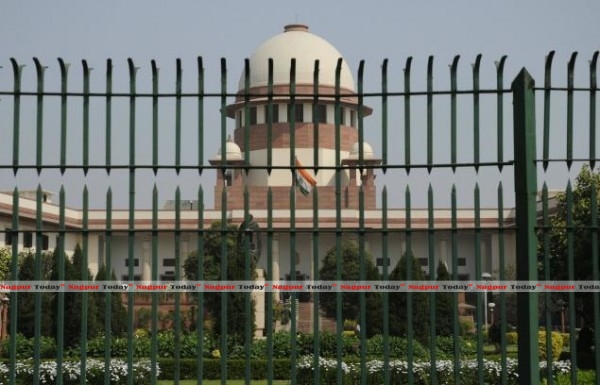 The long pending recommendation of Majithia wage board for working journalists and newspaper employees could finally see the light of the day now as decks have been cleared for its implementation. With the Supreme Court on Friday upholding the validity of the Majithia wage board, saying that its recommendations are based on genuine consideration, the scribes throughout the country have the big reason to cheer. Back in Nagpur the environment among the journalists was no different. As the news poured in, large number city journalists gathered at Tilak Patrakar Bhawan here and celebrated the victory. They also distributed sweets to rejoice the verdict. Nagpur Union of Working Journalists has hailed the decision and termed it as the turning point in the lives of the journalists.

In its decision, Supreme Court also dismissed newspaper organisations’ challenge to the constitutional validity of the working journalists and newspaper employees act.

An apex court bench headed by Chief Justice P. Sathasivam also upheld the procedure adopted by the Majithia wage board, holding that the variations pointed out in procedure was not grave in nature.

The court held that the wage board will be implemented from Nov 11, 2011 when it was notified by the government and the arrears from Nov 11, 2011 to March 2014 will be paid to the employees in four equal instalments spread over a period of one year and the revised pay scales under the recommendation of Majithia wage board comes into force from April 2014.

Welcoming the move city’s Senior journalist Pradeep Maitra – Hindustan Times said, “It’s really good news. We have been eagerly awaiting this verdict. Thousands of journalists throughout the country will be happy with this development. It’s a welcome decision. Whatever we contended was duly addressed. More than 80 per cent of our demands have been accepted. Now we are looking forward to the government’s notification soon.”

Senior journalist Joseph Rao (PTI) termed it as historic decision in favour of working journalists. Talking to Nagpur Today Rao said, “Working journalists have been waiting for the verdict of the apex court for a long period of time. They have fought the battle not only in the court of law but taken it to the streets. Now the government should issue notification to pave the way for healthy pay packets to the journalists. All the members, office-bearers and leaders of Nagpur Union of Working Journalists, Maharashtra Union of Working Journalists and Tilak Patrakar Bhawan Trust heartily welcome the decision.”

Rao added, “We urge the centre to issue the necessary notification at the earliest without wasting time.”

However the wage board recommendation would be applicable only to the permanent journalists. Rao said, “Those working on contract will not fall under this recommendation, however, the management has the discretion to pay them higher wages and bring them on par with the permanent staff.”

Senior journalist Rahul Pande – The Hitavada said, “We welcome SC verdict as it was long overdue. It was accepted by the government in 2011 but unfortunately most of the big newspapers challenged the implementation of Majithia Wage Board. Now after two and a half years of painful wait, our demands are finally met. However we demanded the arrears from the date of the constitution of the wage board that happened in 2008 but it will be given from the date of notification i.e. from 2011. We have lost the arrears of almost 3 years.”

He said, “I have gone through the verdict and noted that the court had rejected all the contentions putforth by the newspaper organizations. Now that the verdict is honored by the Chief Justice of India himself, we are grateful to the Supreme Court and to our lawyers who presented our case. We hope it will be implemented from April 2014 and the arrears be given accordingly.”

A non-journalist ex-employee and union leader of a big media organization here Sanjay Patil was recently sacked for pressing demand to implement Majithia Wage Board. Patil now appears relieved at the decision. Talking to Nagpur Today, Patil said that he welcome the verdict in favour of journalist and non-journalist employees of media organizations. Now all the journalist unions should stand in unity and press for the speedy implementation of the wage board. He said, “The organizations who do not fall in line with SC verdict should be opposed tooth and nail. Then only all the struggle will bear some fruits. Otherwise the journalists will have to suffer injustice and tyranny of the management in the name of saving the job.”

Patil added that the CTC formula of remuneration has been implemented in media houses of the country which reaped huge profits for the organization and exploited the employees. The big houses did not want to pay according to the wage board recommendations, which is why they have introduced contractual system. Lokmat has gone one step ahead and sacked 31 permanent and 30 temporary staff and now trying to crush the demands. Anyways it is getting delayed but we will get justice as the matter is still pending in the court.”