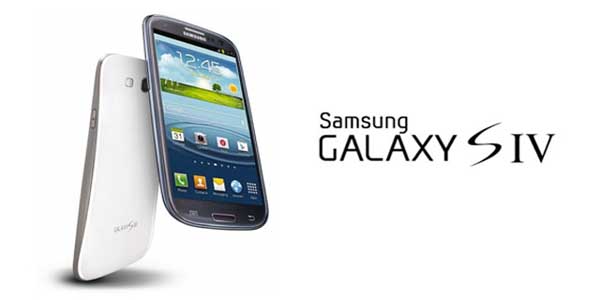 Analysts fell under Samsung Electronics’s marketing spell when they made what they now admit were hopelessly optimistic forecasts for its smartphone sales.

Samsung’s huge share of the high-end smartphone market also persuaded some analysts to downplay industry data pointing to a fast-saturating segment, a reality that is already eating into sales of Apple’s iPhone 5.

Woori Investment & Securities, one of South Korea’s largest securities firms, cut its outlook for Samsung’s earnings and target share price on June 5. It was the first to adjust its view.

A massive wave of downgrades has since followed, with forecasters including JPMorgan, Morgan Stanley and Goldman Sachs taking a harder look at their assumptions of how well the S4, Samsung’s latest Galaxy smartphone, would actually do.

Sales estimates for the S4 were slashed by as much as 30 per cent, stirring investor concerns over Samsung’s mobile devices division – the company’s biggest profit generator.

Investors in the South Korean IT giant have paid dearly. Samsung lost nearly $20 billion in market value in a week as shares plunged following the downgrades.

“I’d say most forecasters including myself had this conviction that they’ll outperform again – because it’s Samsung,” said Byun Hanjoon, an analyst at KB Investment & Securities. “They had beaten expectations before, which led many to believe they are bound to excel again with the S4.”

The S4 sold 10 million sets in just one month of its debut in late April, outperforming its predecessor, the S3.

Yet analysts now say the high-end smartphone segment is slowing, citing lacklustre prospects in Europe and South Korea in particular. The S4, in reality, also lacks any real wow factor, they say.

“The Street, including Goldman Sachs, admittedly extrapolated the first-quarter earnings momentum through the year,” Goldman Sachs analyst Michael Bang said in a report. “This resulted in very optimistic earnings expectations.”

Most analysts have reduced their estimates for S4 shipments to around 7 million units a month from their previous average expectation of 10 million.

Bank of America Merrill Lynch has lowered its S4 sales estimate for this year by 5 million to 65 million units.

Some analysts say a loss in potential sales of 5 million S4 units would cut around $1 billion of Samsung’s operating profit.

“S4 sales are solid. It’s just that some analysts had higher expectations and then they lowered them,” J.K. Shin, head of Samsung’s mobile devices division, told reporters last week.

Over the past month, 17 out of 43 analysts have downgraded their earnings estimates for Samsung, leading to a 0.6 per cent drop in their average forecast for the company’s April-to-June earnings to 10.4 trillion won ($9 billion), according to Thomson Reuters StarMine.

The lowered forecast, however, would still be a quarterly record.

Many analysts say weaker-than-expected S4 sales will not necessarily stop Samsung from posting record quarterly profits. The company has diversified into many segments of the smartphone market, Merrill Lynch says.

Still, the scale of the downgrades has cast a shadow on Samsung’s dominance in the $250 billion smartphone market.

Doing it no favour, Chinese rivals are aggressively growing their market share, aided by strong sales of mid-tier models – a segment in which Samsung has relatively weak positioning, according to analysts.

The mid-tier segment accounted for less than 15 per cent of Samsung’s total shipments last year.

Analysts say Samsung has to focus on this lower tier in the medium term.

The high-end segment is losing momentum, with manufacturers struggling to differentiate themselves and consumers calling for a leap in innovation, they say.

To be sure, Samsung has not sat idle.

It has gradually expanded its offerings. Among four varieties of the S4 introduced in recent weeks, there was one stripped-down version called the Galaxy Mini.

By comparison, Apple has had no new offerings since the iPhone 5 hit the market in September last year.

Samsung bulls are also pinning their hopes on product launches later this year including the Galaxy Note 3, a phone-tablet hybrid.

“Expectations for innovation have been lowered, and I don’t think there’ll be as much buzz surrounding new product launches as it used to be,” said Byun at KB.

Samsung’s stock, which slumped to a six-month low on Thursday, inched up 0.9 per cent on Friday.