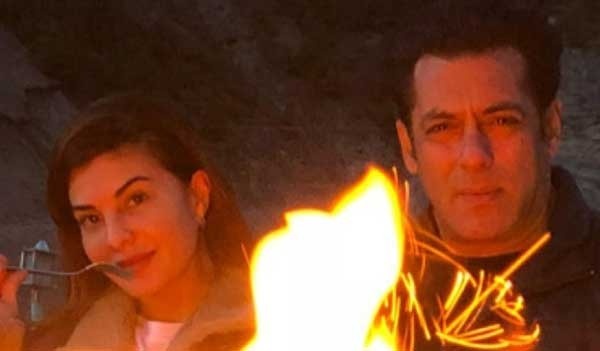 The third instalment of the Race franchise has turned out to be a Bharat darshan of sorts for Jacqueline Fernandez. On her first visit to Kashmir, she got to shoot and explore the picturesque Sonmarg, and, as Mirror had earlier reported, take a bike ride to Ladakh.

“At 9 am, a convoy of vehicles headed up. I was on the bike and it took us all day to reach Ladakh as we made unscheduled stops, from coffee stalls to Zero Point. The weather was unforgivable and it snowed most of the time but miraculously, when it was time for a shot, it would clear up. The schedule went off smoothly,” informs Jackie, adding that though she has travelled a lot across the globe, she hasn’t shot much on location in India and it was fun to venture out of Mumbai studios to a place whose topography was unique, its people cordial and welcoming and its temperature extreme. “It was like paradise on earth. This country’s beauty lies in its diversity. We walked a lot, even the location was a 45-minute hike away but the view was spectacular!”

Being with Salman Khan meant that there were crowds everywhere and for Jackie it was a double bonus that after “Hangover” in Kick she got to shoot another song with her favourite co-star which he had written and recorded. She refuses to reveal even a word from the song for fear of giving it away. “All I can say is that it’s super romantic and will resonate with those in love and even with others who are yet to fall in love,” she promises, admitting that while shejots down her thoughts and emotions, she doesn’t see herself turning singer because she gets terribly self-conscious in front of the mic.

However, one of Salman’s passions has rubbed off on Jackie. Like him, she has picked up the brush too and got herself an art teacher who, when she admitted that she was intimidated by faces, got her started with portraits that she now enjoys. “I’ve been on a long break from art but just today I bought art supplies. I plan to get started again. I did some landscapes during the Abu Dhabi schedule and discovered that nature inspires me to draw too. But I can never do abstracts,” she shares.

Getting back to her Eid release, she admits that keeping the sky-high expectations in mind, they have been pushing the envelope. “We’ve filmed in amazing locations, in extreme conditions and some of the stunts that Salman has done are mind-blowing. Even my action sets are largerthan- life and with Remo’s (director Remo D’souza) magic touch, it will be a must- see,” she signs off.

It is Jacqueline Fernandez’s first time shooting in the valley while Salman has shot Bajrangi Bhaijaan here earlier.

In a new poster shared recently, Jacqueline flaunts her perfect bod in a backless top as she stands facing a dapper Salman Khan who is holding a gun. Race 3 will once again bring back the hit pairing of Salman and Jacqueline after their hit film, Kick.

Race 3, the third film in the Race franchise, is being produced by Salman Khan Films and Ramesh Taurani under the banner of Tips Films. It also features Anil Kapoor and Bobby Deol.