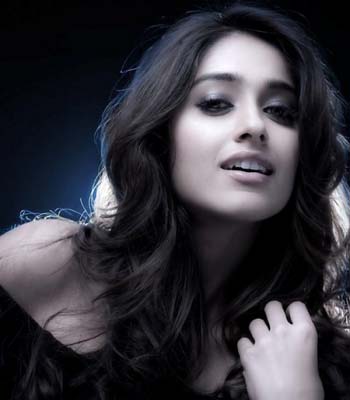 Do you remember Barfi’s love the beautiful Ileana D’cruz who came from down south and have now in the race to get big buff film?

Ileana is presently working in two of her Big projects, a telugu film called Rana opposite Rajnikant directed by K. S. Ravikumar and second a Hindi film called Phata Poster Nikla Hero opposite Kapoor, both are scheduled to get released in October this year.

But the big story is. Ileana will soon romance Nawab Saif Ali Khan in his next home production to be directed by Raj Nidimoru and Krishna DK.

The duos have also wielded the directorial baton for Go Goa Gone which is also Saif’s production. A source informs, “It was during the making of Go Goa Gone that directors Raj and DK had spoken about their next project. Saif loved the idea of a romantic film. As he has not done a intense romantic film since long.

It will be shot in the USA and Saif agreed to produce the film under his banner. However the leading girl was not finalized and everyone at the production house was of the opinion that they needed a fresh pair with Saif after Cocktail. The audience had loved Diana Penty with Saif. One of the crewmembers suggested Ileana’s name.”

So as of now Saif confirmed the news but refused to talk more about it, but what we can just say is that Saif has got his new onscreen lady love.

For Ileane its time to “Khilao” Barfi!