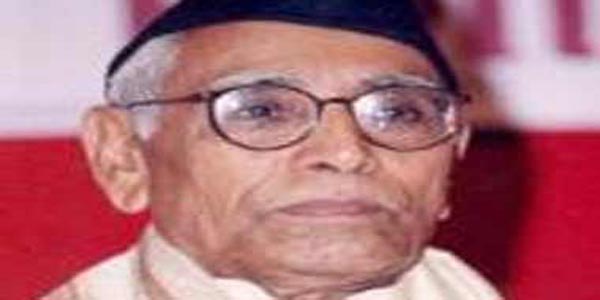 Nagpur News : A day after Union Home Minister Sushil Kumar Shinde alleged that RSS and BJP are operating terrorist camps in the country, senior RSS leader MG Vaidya lambasted Shinde for the baseless remarks. Vaidya said that Shinde has used ‘Hindu Terrorism’ and ‘Saffron Terrorism’ in his remarks which directly pointed toward RSS as the saffron flag belongs to RSS, not BJP.

He challenged Shinde that if such terrorist camps are really being conducted then why he does not raid  the place and arrest the party leaders.

Vaidya thwarted the remarks saying that Shinde has played a gimmick to please his senior leaders and secure Muslim vote bank in the upcoming Lok Sabha polls.

Upon Gadkari’s second term as BJP National President in view of him facing taint charges, Vaidya questioned that media levelled allegations, government talked of conducting probe while income tax department contemplated serving notice to Gadkari, so does this prove the case?