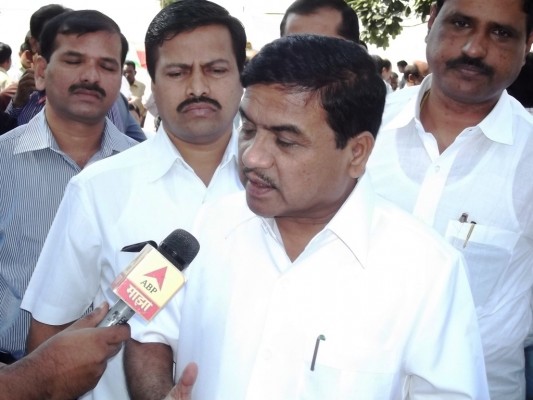 Nagpur News: Amidst the uproarious scenes in the State Assembly on Wednesday, Home Minister RR Patil was at the Opposition’s target for his comments over the no-trust motion proposed by the Opposition. The Opposition members demanded an apology from Patil for speaking against the dignity of his post and assembly. However Patil refused to relent as he clarified that his comment was tweaked and interpreted wrongly.

Yesterday when the speaker was checking with the Opposition ally Shiv Sena over the proposed no-confidence motion, Patil stood up from his seat and interrupted him challenging Shiv Sena to bring the motion then and there, adding that the government is prepared to reply over this both in and ‘out’ of this assembly hall.

This statement raised hackles of many Opposition leaders asking Patil to apologise for what he said.

As the Assembly Deputy Speaker Basant Purke announced the question hour, Opposition leader Eknath Khadse stood up and said that instead of stating within the prescribed law, Patil threatened the Opposition members. No other Home Minister in the past had come up such objectionable comment, he added. He went on to say that criminals are no more scared of State’s Home Department, instead the citizens are. He alleged that Patil was trying to silent the Opposition for which he should apologise. Soon after Khadse finished his statement, the assembly hall went into complete chaos with Opposition pressing Patil to tender apology.

Sensing the situation RR Patil stood up to clarify his comments and said the Opposition is making issue out of nothing. He also referred to a line in an advertisement of Opposition which read “sarkar par halla” (attack on government) and objected to the use of such words. He cleared that there was no need for him apologise.

This further incited the Opposition members and engulfed assembly into uproar, forcing the deputy speaker to stall proceedings for another 15 minutes.

Later when the assembly resumed, the Opposition continued shouting, raising slogans and asking for apology from Patil. Seeing this, the deputy speaker again adjourned the proceedings for another one hour.