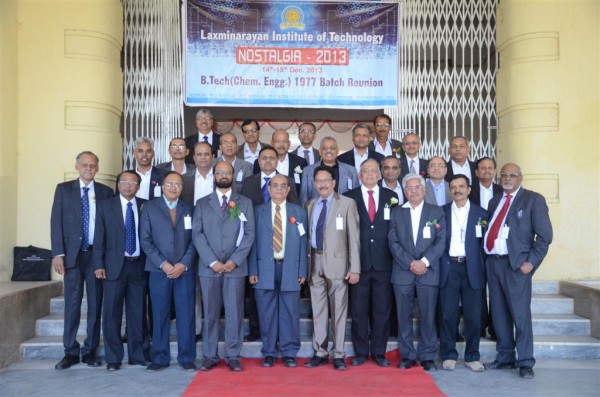 A reunion of 1972-1977 batch of B.Tech students of Chemical Engineering named “Nostalgia 2013” was held on December 14, 2013 at Laxminarayan Institute of Technology, Nagpur.

The Final year B.Tech class room of LIT never looked so graceful before as galaxy of LITians from 1977 batch occupied it. Most of them had their spouses with them. They were M.D’s, Executives Directors, Presidents, Vice-President of Multinational Companies, Entrepreneurs, and Consultants to large industries, Financial experts, you name it & they had it.  Two gentlemen seated on the dais one a former and present director in-charge also belonged to this “eLITe batch”.

They were back to the institute, chose to sit in the same classroom which they had last occupied as students before they left and parted ways in search of their destiny. Many of them were meeting for the first time after a gap of almost 36 years.

Most of them were visiting the institute after very long time. Emotions and memories of good old days were flowing high; time had come to a standstill. The gap of 36 years seemed to erase totally. They were back to pay back little of what they got from their Alma Mater out of their love and affection.

The programme of reunion “NOSTALGIA 2013” held on December 14, 2013 was graced by   Vice-Chancellor of RTMNU Dr Vilas Sapkal, who incidentally a former student of LIT. He addressed the gathering. During his speech Vice-Chancellor Dr. V.S Sapkal listed out many activities he did for the improvement of the institute including renovation of Chemical Engineering building and laboratories with most modern amenities. 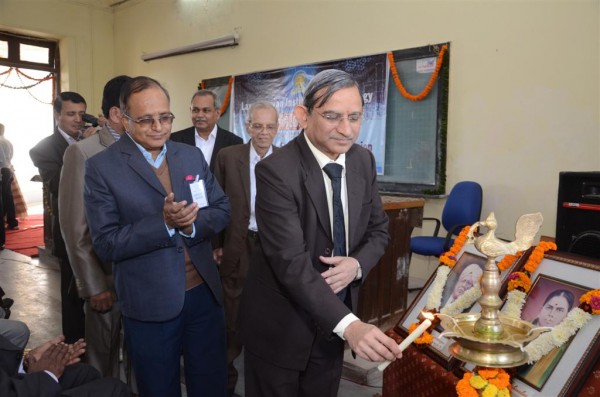 The budgetary provision was made for renovation of workshop, library, computer centre, main building, garden, infrastructural equipments, furniture, fixture, books and e-journals etc. in the budget of the university. Most important was the recruitment of 18 faculty members in LIT, the process which was lingering since last so many years.

He urged 1977 batch mates to contribute whole heartedly for the development of the institute. He highlighted certain areas  where LIT needed support including institution of Research Chair, Virtual Classroom, Establishment of innovation, incubation & entrepreneurs centre (I2E). He also expressed the need of creating Centre of Excellence, Modernization of the boy’s hostel, Construction of a girls’ hostel, signing of MoU with best organizations & foreign universities etc. 1977 batch mates then introduced themselves & their family members highlighting their achievements. This was followed by interaction of 1977 batch mates with the out-going students of the institute. The students asked number of relevant questions ranging from whether and where to go for higher education, to become self-employed and how to join the industry. It was enjoyed by one and all. In the evening all the eLITe 1977 batch mates pondered over the appeal of Vice-Chancellor and decided to extend all the possible support from their side for the development of the institute including infrastructure and various other amenities, specially making the entire campus Wi-Fi.