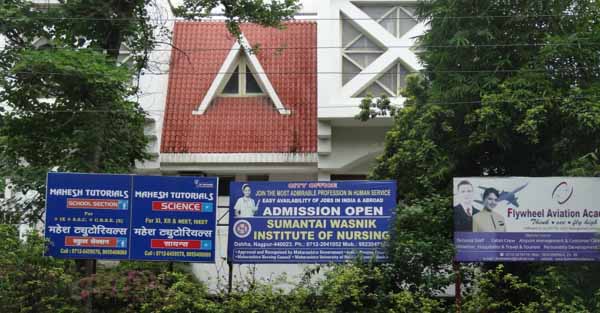 Nagpur News: Congress MP Mukul Wasnik appears to be in controversy yet again as the issue of unpaid property tax by two of the commercial tenants at his father’s residence at Gandhi Nagar in Nagpur cropped up again. This time the lid is blown open by the residents of Gandhi Nagar.  Stressed over the commercial establishments being run in the house of Balkrishna Wasnik with outstanding property tax, the residents from neighborhood have moved forward to voice against the whims of tenants.

The Gandhi Nagar residents, after considering the “nefarious designs” of the concerned authorities, politicians and others, have warned to file public interest litigation (PIL) in this connection and also warned of making the concerned ward officer Rajesh Karade the party in the PIL. One of the residents expressed his anguish over the situation saying, “Had the case pertained to a common citizen, his property would have been seized without warning.”

Congress leader Balakrishna Wasnik owns a plush bungalow in Gandhi Nagar. The bungalow consists of three blocks which have been rented out since 2009. Earlier there were three tenants – an office of a Nursing College, Flywheel Aviation Academy and Mahesh Tutorials. Apart from these tenants, the bungalow has an office of Congress Party as public relations office of Mukul Wasnik and his brother. The building also serves as the residence of Wasnik family. One tenant left the premises without paying property tax. At present, the Flywheel Aviation and Mahesh Tutorials are the only two left in the premises.

The outstanding property tax against the Flywheel Aviation stands at Rs 25,00,000 and Mahesh Tutorials, a bank coaching institute owes Rs 7,00,000 for the period between 2009 and 2013. Both the tenants were served many notices and also seizure warrants and other blatantly ignored all correspondences. Instead no action was initiated against any of the two defaulters.

When Nagpur Today tried to contact Dharampeth Zone Ward Officer Rajesh Karade twice in this regard, he did not respond to the call.

Sources revealed that the Flywheel Aviation has been using the clout of his landlord to deliberately evade the property tax pending against him. The establishment has been skipping the payment since 2009. The bungalow belongs to bigwig Congress leader Wasnik. Taking the advantage of the ‘cordial relations’ the influential political family shares with ward officer Rajesh Karade and the ruling party leaders, the tenants operated on their whims and fancies. The Flywheel Aviation had been embroiled in the controversy over the massive power bills. The company director smartly escaped jail by getting admitted to the hospital.

The case of evading taxes using political clout of its landlord is the testimony to the fact that there are many in Nagpur who are using influential means to evade property tax. The causes burden on the common citizen who are bound to pay late fee despite being regular on tax payments. This has also delivered a major blow to Standing Committee Chairman Avinash Thakre who have been striving hard to streamline big ticket evaders to enhance the exchequer.