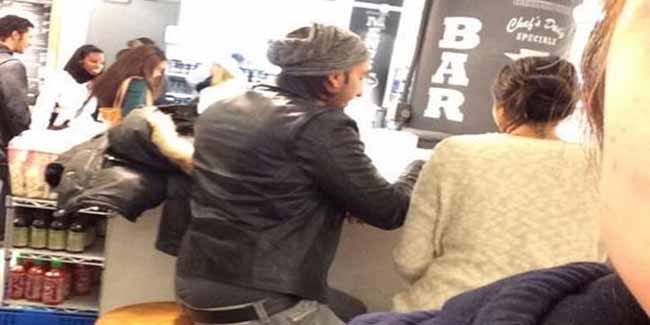 In Bollywood, it’s time for bringing relationship out in the open for many couples. After Uday Chopra and Nargis Fakhri appeared closer than friendship limits while holidaying in Maldives, another hot couple Ranveer Singh and Deepika Padukone were seen catching up good times at the Chelsea Market in New York.

This buzzing new love story in the tinsel town has been catching the eyes of filmy buffs for quite some but both the love birds (whatever they call it) has maintained silence over their budding relationship. But as they say, pictures speak more than words, so are the latest pictures of Ranveer and Deepika attracting attention on internet space. The pictures that went viral via twitter shows Ranveer and Deepika having good times at the Chelsea Market in New York.

The actress is in New York celebrating her 28th birthday with her ‘Ram Leela’ co-star. The person tweeted pictures of the couple sitting and enjoying a hot cup of coffee and also tweeted, “Ranveer Singh is such a sweet heart. Deepika got mad cuz people were surrounding her too much lol(sic)”. Another Indian fan got the opportunity to click pictures with the couple, though the actors chose to pose with the fan separately. Deepika and Ranveer may be denying their relationship to the world, but in the past few months the couple has become inseparable and are often spotted together spending some quality time. 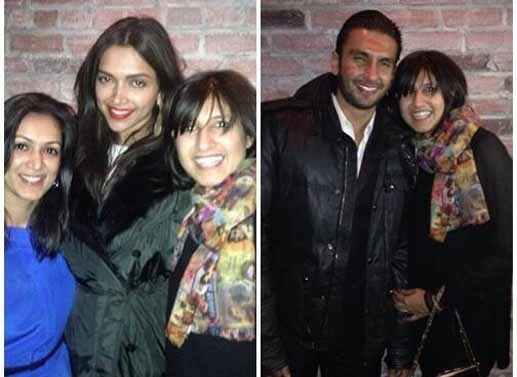