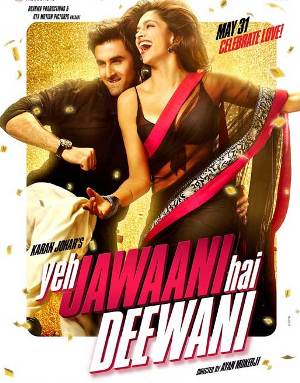 The wait is finally over for all those who wanted to see Ranbir and Deepika together again. No, they are not getting married nor getting back to their relationship, but it’s a film which brings them together on the silver screen again.

The couple who were dating few years back featured together in Bachnaa Ae Haseeno which was a box office hit. After their alleged break up & patch up, the duo have been eager to work in a film together. Karan Johar signed the former lovers for his new film ‘Yeh Jawaani Hai Deewani’. Directed by Kapoor’s best friend and ‘Wake Up Sid’ director, Ayan Mukerji, the film stars Kalki Koechlin along with Deepika and Ranbir. Here is the first look of the film which will be released on May 31, 2013.