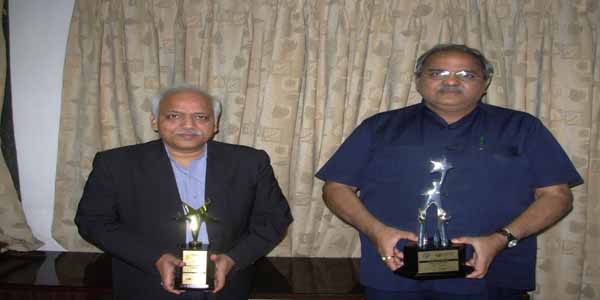 Western Coalfields Limited with human resource strength of about 56000, contributes 8% of Indian coal production. The company has been on forefront in not only contributing the national kitty with annual Profits before Tax ranging to Rs 440 crores plus, but also in improving the living conditions in about 500 villages in its command area. Sri Garg has been emphatic in his HR philosophy that “HR does not end within the corporate boundary but it expands to the other stake holders including suppliers, vendors, contractor and local populace as well. WCL has initiated many projects on this count.

Sri Rupak Dayal, Director Personnel, Western Coalfields Limited was awarded with the Award “30 most Talented Leaders in PSUs” during the Congress.

World HRD Congress 2013 organised with collaboration of Institute of Public Enterprises, has been tracking the evolutionary role the PSUs lay in shaping the economic development of the country. The congress is governed by a Global & National Advisory council that guides the strategic intent of the event.