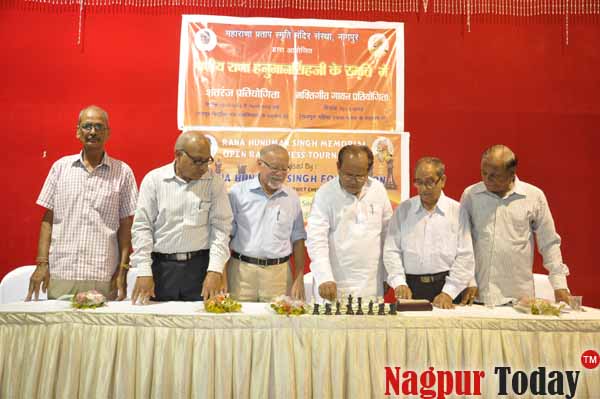 Nagpur News: Rana Hanuman Singh Open Rapid Chess tournament was inaugurated at the hands of Pratap Singh Chauhan, the well known social worker and a member of Indian National Congress. The function was presided over by the Vice-President of Ranapratap Smriti-Mandir Sanstha.

The tournament received an overwhelming response with 159 participants which includes 43 ELO rated players, many veterans and upcoming players, There will be in all 9 rounds in which 2 rounds are being played today. The remaining rounds will be played on Saturday from 5 p.m. & Sunday the 15th September, 2013 from 10 a.m.

The Chief Arbiter of the tournament is Anurag Singh, who is assisted by Praveen Pantawne, Deepak Patrikar & Umesh Panbude.

The prize distribution ceremony will be held on 15th September, 2013 at 5 p.m.