Nagpur News: In an exclusive talk with Nagpur Today, President of the Maharashtra Pradesh Congress Committee Manikrao Thakre said that the State Government had launched Rajeev Gandhi Jeevandayee Arogya Yojana (RGJAY) in order to improve and enhance the quality of medical services and medical access facility for both Below Poverty Line and Above Poverty Line families.

He said that in order to improve access of BPL and APL families to quality   medical care for identified specialty services requiring hospitalization for surgeries and therapies or consultations. Jeevandayee scheme offered by the Maharashtra Government is a health insurance option for families earning less than Rs1 lakh per year. The entire premium of 600 crores is paid by the State Government for insurance cover up to Rs1.5 lakhs. RGJAY was to be implemented throughout the State of Maharashtra in phased manner for a period of 3 years. The insurance policy/coverage under the RGJAY for the eligible beneficiary families in 8 districts. He added that they wanted to felicitate Chairperson of UPA and President of Congress Party Sonia Gandhi who is coming to the city to ensure that the scheme is implemented in all the 8 districts of the State. 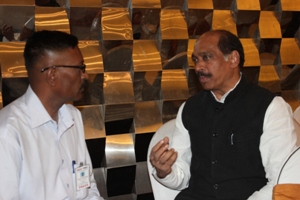 Earlier, President of the Maharashtra Pradesh Congress Committee Manikrao Thakre addressed a press meet where he said that as a fulfillment of our promise before last elections that we would taking care of the health of the poor. He however said that this could be made possible only in the fourth year of our regime. The delay in implementation was due to some technical problems in our State.  The cashless medical insurance scheme Rajeev Gandhi Jeevandayee Arogya Yojana which has been launched in eight districts of the state including Mumbai, will now cover a total of around 2.11 crore socially disadvantaged families. Sonia Gandhi, Ajit Pawar, Praful Patel and health minister Suresh Shetty will launch the scheme on November 21, 2013 in Nagpur at a function.

Manikrao Thakre said that Congress workers will be going from house to house to ensure and to promote the scheme.

He added that the RGJAY would be rolled out across the State except in about 700 gram panchayats and 17 panchayat samitis where elections were underway. He also added that they had formed various committees to ensure implementations of various projects. Of the 105 project list, 75 % of the projects have been implemented successfully. 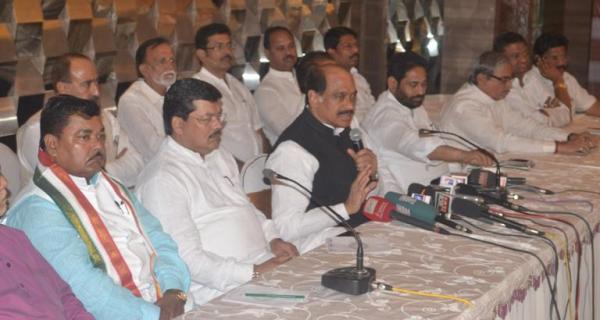