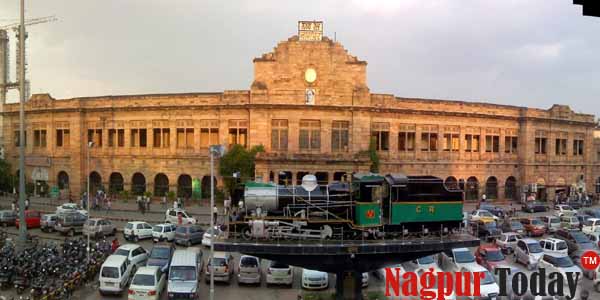 Nagpur News : Indian Railways is playing a big role in the ongoing construction of Vijay Talkies – Anand Talkies Railway Over Bridge (RoB). The RoB is being constructed on the ‘Push Back’ technology for which Railway helped to build five blocks.

There are five railway lines that pass through this bridge, two mail line and three third lines. The rail traffic is always heavy on this route. But railways have built five blocks for the construction of this RoB. It is learnt that the construction of the first block was started in May 2010, but the work had to be stopped due to land slide. The work started again in 2012, when Geological Department submitted its report and the project got a green signal.

The first box of 48 mt was completed in December while next box was completed on July 6, 2012. And in all, five boxes have been constructed till now.

It is to be noted that Indian Railway authorities have never constructed so many blocks for any RoB till now. The work of boxes was completed under the supervision of DRO Brijesh Dixit. Every push box is of 10.2 x 6.85 mts. Railways authorities deployed 24 x 7 workers for the completion of these boxes. The PSC slippers have been removed from under the track lines on this ROB and iron channel slippers have been laid for strengthening the RoB. Also, the flow of rail traffic was slowed down during the construction of these push boxes. The speed of Express trains and goods trains was maintained between 10 and 15 km/hours.

Indian railways put in all their efforts for the successful completion of this RoB, yet, its efforts are neglected by the local bodies.