Now a hearing on the earlier petition filed by Pallavi Joshi would be held on October 5. The court order has raised the chances of Pallavi Joshi landing in police custody.

Adv Barve on behalf of Pallavi Joshi’s counsel Adv Sudeep Jaiswal argued that Pallavi Joshi could not be present in court due to an ailment and therefore pleaded to extend the anticipatory bail. 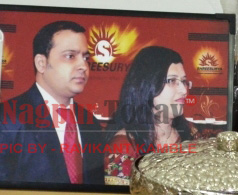